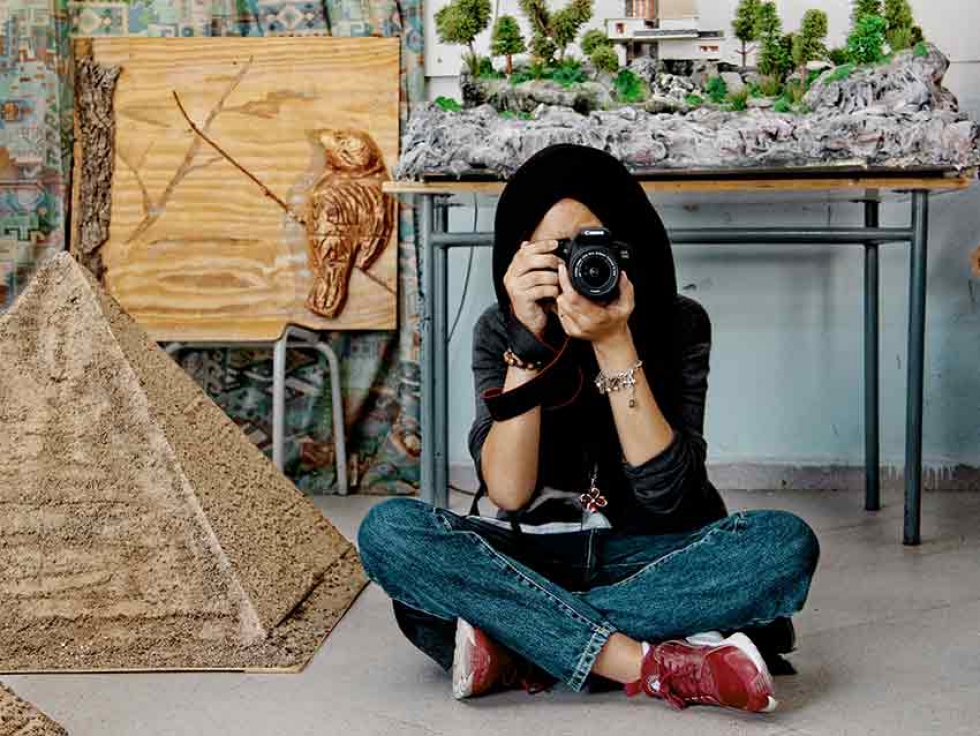 I was a full-time high school teacher in an Ontario Islamic school in 2008 when I noticed that my Arab Muslim students led lives of religious conformity at school that reflected their Islamic values at home but did not necessarily define their full selves.

For example, many students who wore the hijab or who prayed at the required times were skeptical of beliefs parents and teachers expected them to take for granted, like creationism. At the same time, they studied the Ontario provincial curriculum and they were equally unsure if this curriculum resonated with how they see themselves in the world.

I was aware of my existence as both an authority figure and a lifelong learner in a system that approached religious teaching with rote learning. I did not feel the curriculum reflected traditional Islamic ways of knowing which are related to infinite wonder (and wondering) and also resonate with Western contemporary ways of knowing.

When I moved to Edmonton to start my PhD at the University of Alberta, I was invited by the university’s outreach program to give cultural bridge-building workshops at high schools about topics like Islam and politics.

Through these experiences, and also through my encounters with people I met through the Muslim Community of Edmonton (MCE) Mosque, I noticed Edmonton high school students had similar issues to my former students.

I decided to learn more by gauging Muslim Arab-Canadian high school students’ responses to literary texts relevant to their ethnic identity. I wanted to better understand their cross-cultural sense of identity to help educators envision a curriculum that addresses students’ lived experiences.

Research about youth in Islamic schools in Canada shaped my questions. I gave 11 public school students a selection of Arab Anglophone short stories and poems. I then interviewed them and conducted surveys with them and four more youth who chose not to be interviewed.

The students’ responses demonstrated a sense of double consciousness: they felt perceived as being Canadian, and yet not quite. Both my interviews and surveys reveal a condition of the Arab-Canadian identity as one that must constantly defend or apologize for itself. The respondents said they felt stereotyped by others because of media representations of Islam. Arab-Canadians, based on the findings of this study, struggle with ambivalence about the need to refute stereotypes while refusing to be defined by them.

The participants expressed a desire for opportunities for interfaith and cross-cultural dialogues. Yet such opportunities are rarely available because of the lack of curriculum focused on intercultural literacy — the ability to “read” and respond to diverse cultures and identities — in high schools.

Almost all the students I spoke with lamented the loss of fluency in their Arabic first language, which over time has subconsciously led to losing contact with their parents’ culture.

Some said Canadian children are generally raised to mature faster and this had noticeable effects on notions of childhood and innocence. The same student referred to an act of “letting go,” which represents a general attitude of detachment toward one’s culture and behaviour: “That made me let go of everything that I valued when I was just nine years old and changed my thinking completely to fit what those other people are doing.”

Many of the students said Edmonton was where they attended school and made friends, so Canada was where they feel most comfortable, and therefore call home. However, school and home seemed to be conflicting spaces so there is ambivalence about where home is. One student seemed exceedingly conscious of that doubleness, especially in school: “I find it hard to, since I’m a minority at school … there was only five kids out of six hundred that were Arab. So it was definitely hard for me to do it all on my own to embrace my own culture, and I guess that’s why I had two personalities.”

She could not think of any time she saw her experiences reflected in the curriculum. I asked her, if she were to move to a new school and was asked to introduce herself, would she bring in the Arab part of her identity? Her response was that mentioning her ethnicity would be undesirable: “At school I feel that’s just people automatically just judge, abruptly, not that I’m ashamed of it, but people just automatically go off.”

‘I did find a lot of really odd questions’

Another student found the religious aspect of her identity the most estranging. The hijab she wears became a constant reminder of foreignness: “I came when I was wearing the hijab ‘cause I already wore it in Dubai, and so I did find a lot of really odd questions that I’ve never been exposed to before … It is just a bit extreme here, and I didn’t like that at first, and there were situations where I kind of wanted to move back but then I think over the time I had to adapt to what they say and stand up for myself.”

Students were also aware of how some forms of media reinforced uneducated and extreme ideas about the hijab, Islam and Muslim women. Such views are continuous challenges for Arab female students.

Another female student spoke of stereotypical representations linking Arabs with terrorism and violence.

‘Not what they see on the media’

All the students sought a curriculum that is more directed towards understanding the roots of global conflict, but none could recall any such experience. One student discussed being singled out in class by social studies teachers due to assumptions the student had personal experience of war: “When we study about war and stuff, they would always ask me certain questions and certain situations if I’ve been in them. Some of them are extremely stereotyped …it gets hard to explain because media has affected how people see things nowadays.”

This moment of classroom interaction seems to show a misguided and misinformed attempt at culturally responsive teaching. None of the students talked about the classroom as a productive space for cultural discussion and deconstructing misconceptions, or for addressing a rise in hate crimes or Islamophobia in Alberta.

Some students suggested a way to resolve misunderstandings about cultural differences could be through writing an assignment: “I want to explain to my Canadian friends that my culture is not what they see on the media, all the stereotypes … I want to let them know more about my culture and how it actually is in reality.”

We must understand isolation, like extremism, is caused by failure of communication. Schools could create classroom practices that clarify uninformed opinions about religion, challenge racialized stereotypes and allow more focus on common grounds. But this curriculum has yet to be envisioned.

This article is republished from The Conversation under a Creative Commons license. Read the original article.